2. No distinction between Domestic and International OSPs to bring in better synergies among businesses

3. Work from Home and Work from Anywhere made easier

Shri Ravi Shankar Prasad, Union Minister for Electronics & Information Technology, Communications and Law & Justice, announced in a press interaction today that Department of Telecommunication has further liberalized the guidelines for Other Service Providers (OSPs).  These entities are business process outsourcing (BPO) organisations giving Voice based services, in India and abroad.  The Guidelines issued today further liberalized the special dispensation given to OSPs in addition to the major measures already announced and implemented in November, 2020. 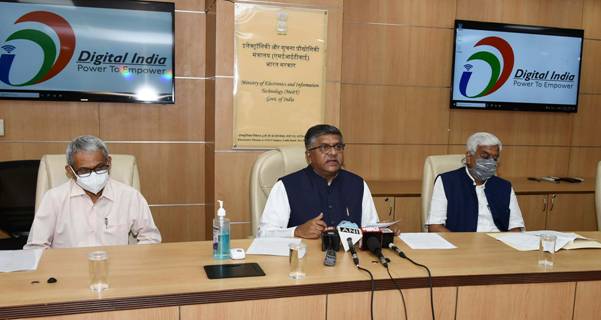 Shri Prasad informed that India’s BPO industry is one of the largest in the world. Today India’s IT-BPM industry stands at US$ 37.6 billion (2019-20) i.e. Rs. 2.8 lakh crores approx. giving job opportunities to lakhs of youths in the country. Further it has a potential for double digit growth reaching upto US$ 55.5 billion i.e. Rs. 3.9 lakh crores by 2025.

Similarly Ease of Doing Business is another fulcrum based on which series of reforms has been initiated in IT & Telecom vertical by present Govt. Start of one touch VNO licenses, Spectrum Sharing & Trading, Delicensing of certain frequency bands and now Next Gen OSP liberalisation is another step in this direction.

The BPM industry revenues grew from USD 37.6 billion in 2019-20 to USD 38.5 billion in 2020-21, despite the pandemic. This was largely possible due to the industry’s ability to work remotely and majorly enabled by the Government of India’s relaxations of WFH requirements under the OSP regime, first temporarily, in March 2020 and then complete reforms under the new guidelines in November 2020.

The Highlight of the Global Business is given below

The main features of the liberalised guidelines announced today are :-

Today’s reform will further help the BPM industry to reduce their establishment cost and creating synergies among different companies. Through these reforms more and more MNCs will get attracted towards India as a favorable destination and hence will lead to more FDIs.

It is also to be highlighted that FDI during present govt. and previous UPA govt stands at :

IT Sector (Computer S/W and Hardware)