On 12.01.2022, one Indian passenger, who arrived at T-3, IGI Airport, New Delhi from Ras AI Khanimah International Airport UAE by Flight No. SG753 dated 12.01.2022, was intercepted by the Customs Officers of IGI Airport. 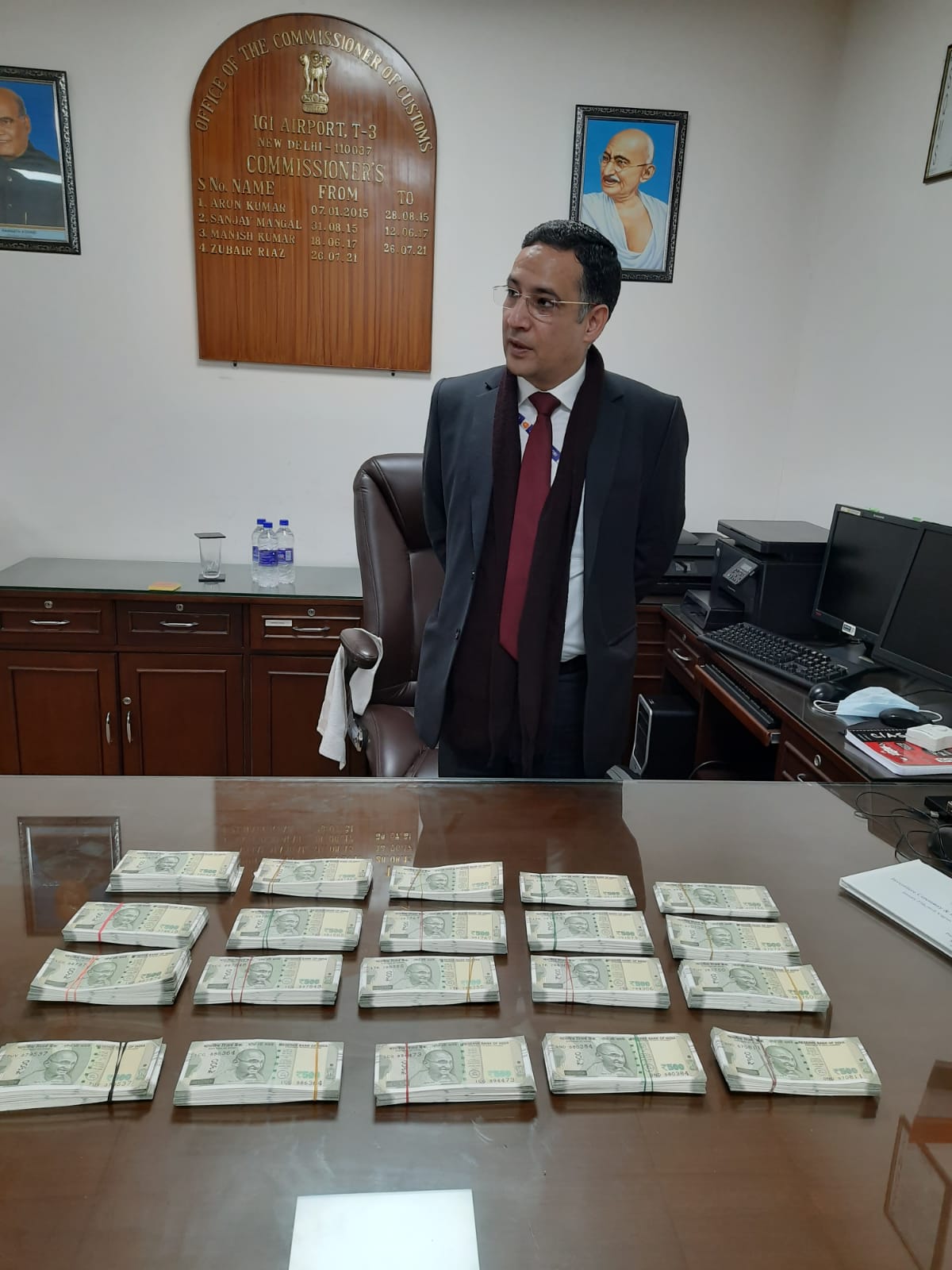 The Customs officers recovered 24 (Twenty four)  pieces of silver plated cylindrical shaped of gold totally weighing 175 grams having tariff value Rs. 7,65,089/-(Rupees Seven Lakh Sixty Five thousand Eighty Nine only) and FICN (Fake Indian Currency Notes) of  face value Rs. 10,00,000/- ( Rupees Ten Lakhs Only) (2,000 notes of denomination 500)  from the pax. In follow up, one Indian national was also intercepted who was supposed to receive the passenger at the arrival gate of the IGI Airport, New Delhi.

The said recovered 24 (Twenty four)  pieces of silver plated cylindrical shaped of gold totally weighing 175 grams and FICN of face value Rs.10,00,000/- were concealed by the pax in his trolley bags and the same were seized under Section 110 of the Customs Act, 1962, on 12.01.2022. The pax and his receiver have been placed under arrest in terms of Section 104 of the Customs Act, 1962. Further investigation is under progress. NIA has also been intimated and they have joined the investigation.