Chairperson, SEBI, Madhabi Puri Buch unveiled NSDL’s Distributed Ledger Technology (DLT) blockchain platform for Debenture Covenant Monitoring. “’Demat’ revolution was the very first step by which entire market adopted technology. This day ( Silver Jubilee Celebration of India’s largest depository, National Securities Depository Limited (NSDL) ) will also be remembered as an important day as we are taking the first step in terms of the use of DLT in the markets,” the Chairperson said. Aimed at ensuring total transparency, the DLT Blockchain is to bring issuers and debenture trustees on a common ground to record asset charges as well as monitor the asset cover ratio and various covenants of the issuance, transparency in the debenture market. NSDL claims that the Depository will move one step ahead in adopting new technologies and building the critical market infrastructure for the security and covenant monitoring of Bond issuances.

Fianance Minister appreciated the rapid progress being made by the Depository especially by adopting new technologes and also mentioned that NSDL stands true to its tagline ‘Technology, Trust and Reach’.

NSDL Managing Director & CEO, Padmaja Chundru said, “NSDL opened the first demat in India in 1996. NSDL has a pan-India presence through 57,000 service centres. There are more than 27 Million demat accounts and the value of securities is more than $4 Trillion; this will reach $5 trillion very soon.”

About the Debenture Covenant Monitoring:

The information stored in the system will be cryptographically signed, time stamped and sequentially added to the ledger. It would provide a verifiable audit trail of transactions, thus strengthening the confidence in the market as these assets will be continuously monitored with a strong and unalterable transaction audit trail. NSDL recognizes the potential of blockchain solution which is a new emerging technology for decentralized distributed ledger to record real-time transactions across partner network.

“Indian retail investors have played a key role especially during the last two years; they have shown the world what they can do by standing up and becoming shock absorbers unlike FPIs,” Union Finance Minister, Smt. Nirmala Sitharaman began her speech by appreciating the unbound trust shown by the country’s retail investors in the market. The Minister was addressing the Silver Jubilee Celebration of India’s largest depository, National Securities Depository Limited (NSDL), in Mumbai today, 07th May 2022. 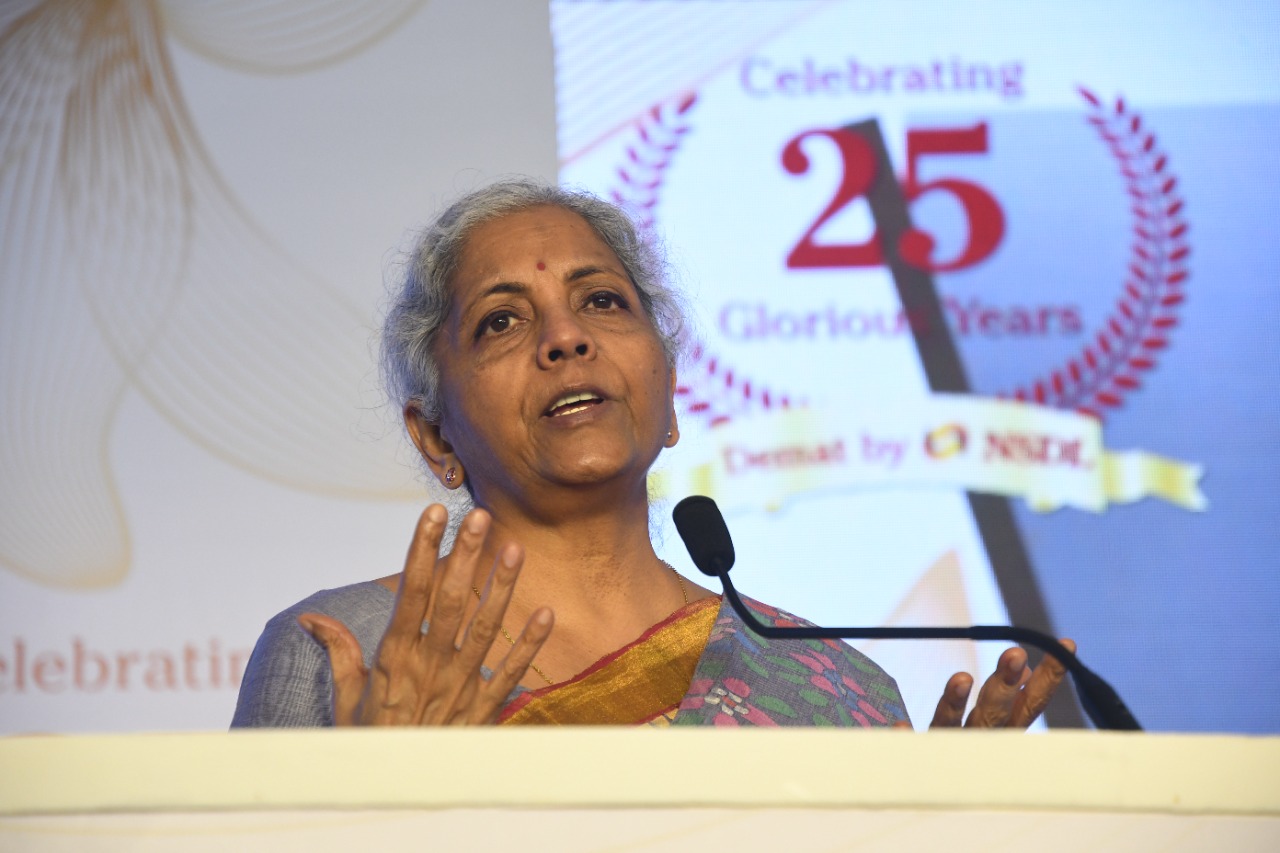 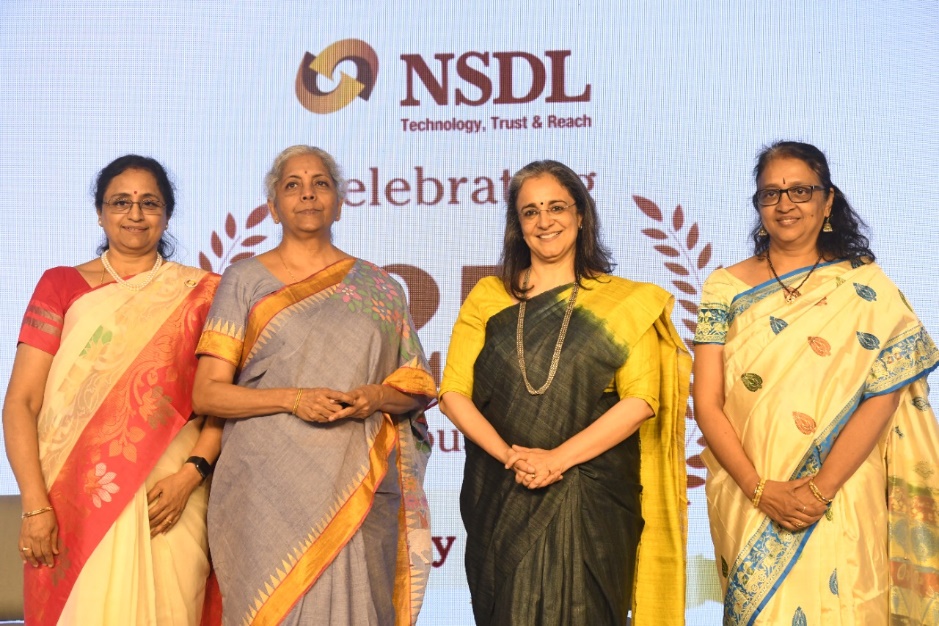 NSDL celebrated the completion of 25 years of its service to the Indian capital markets, today in the presence of the Union Finance Minister, Chairperson of the Securities and Exchange Board of India (SEBI), Smt. Madhabi Puri Buch and Chief Postmaster General, Maharashtra Circle, Smt. Veena Ramakrishna Srinivas. 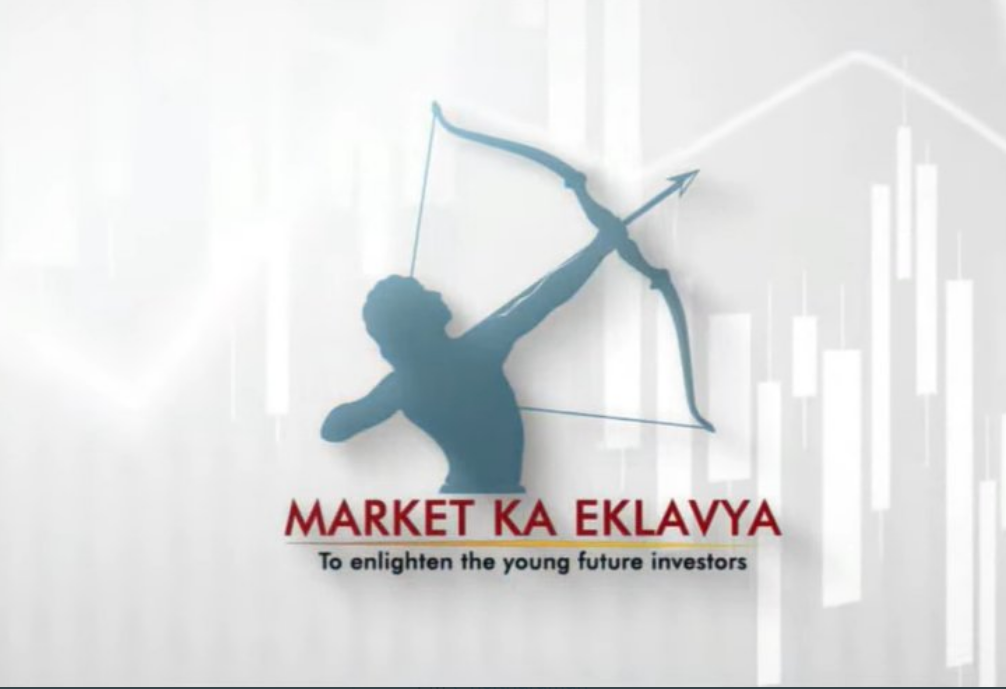 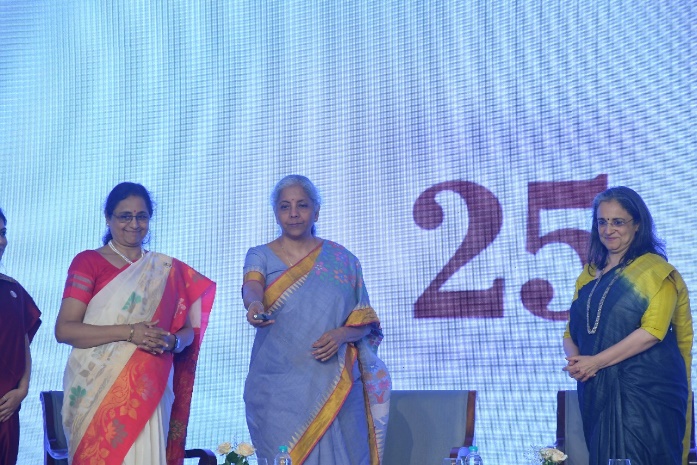 As part of the celebration theFinance Minister also launched ‘Market ka Eklavya,’ an online investor awareness program for students in Hindi and other regional languages. “Through ‘Market ka Eklavya’, you will be able to reach out to many who are in need of financial literacy. It is the right time when people have an inclination to know about the market and also the right approach taken by NSDL by educating the students,” she said about the launch. She also suggested that the NSDL make the initiative global by introducing the programme in world languages. “By this we can truly become the vishwaguru as envisioned by our Prime Minister. There are many youth across the world who will be benefited from this initiative if it is made avaialble in several languages,” she added.

‘Market ka Eklavya’ aims to introduce the basics of the securities market and also impart training on financial markets for students, in online mode.

Smt. Sitharaman spoke about the progress being made by FinTech companies in the country and how India has been playing a leading role in this sector. “Startups in fintech today are doing extraordinary work,” she lauded. She also mentioned how investors across the globe are paying attention to the success of our fintech companies. 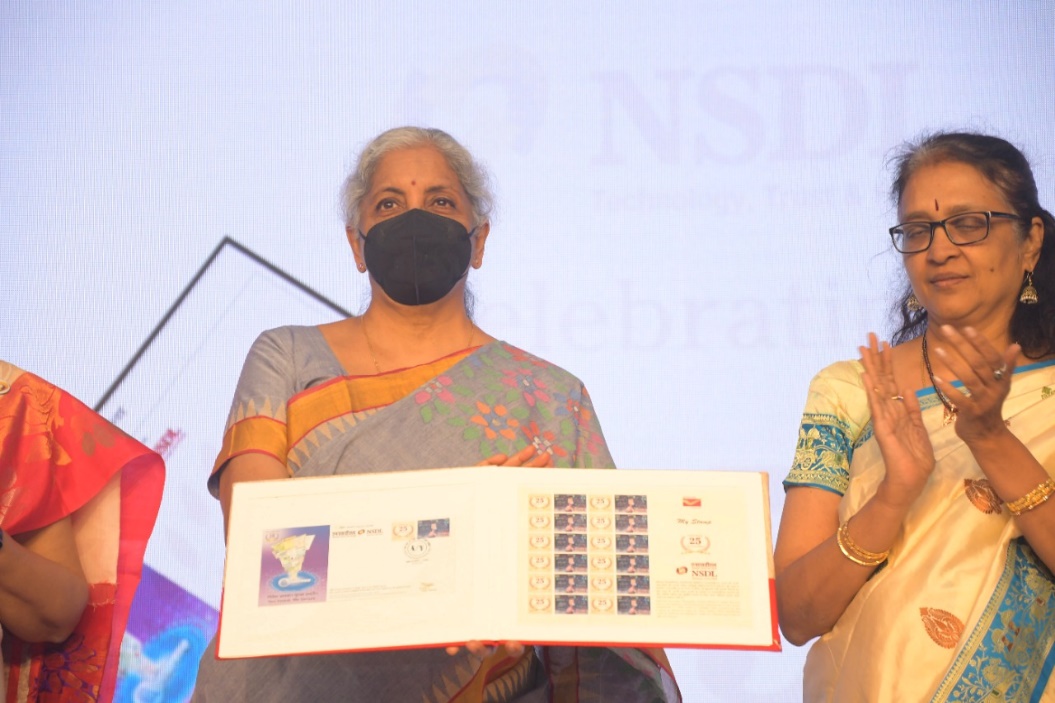 An audio visual on NSDL’s journey over the last 25 years was played during the event. Students from several colleges participated in the event.

The event was live streamed https://youtu.be/0NWrkKoa1RM

NSDL (www.nsdl.co.in) is India’s first and one of the leading Central Securities Depositories in the world. It has played a key role in transforming the Indian securities market by facilitating holding and transfer of securities in dematerialised form. The market share of NSDL in value of demat assets is more than 89%. NSDL demat accounts are located in more than 99% of pin codes in the country and 167 countries across the globe, reflecting the wide reach of NSDL.